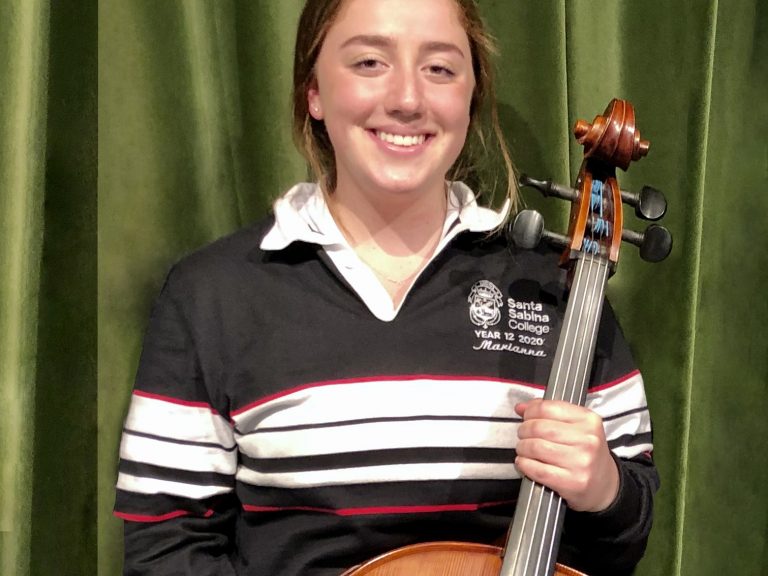 Mariahna’s piece, Recordare, Iesu (Remember, Jesus), is a choral piece for eight voices, inspired by a Latin inscription on the ceiling of Salzburg Cathedral which Mariahna saw while performing there with the College European Music Tour in 2019.

‘On a school music trip to Europe, we had the opportunity to visit and perform in the stunning and famous Salzburg Cathedral’, Mariahna said.

‘As we witnessed all the different artworks, sculptures, and the beautiful altar, we were lucky enough to walk into the crypt where past Archbishops and other religious figures of high importance were buried. Upon walking into one of the underground chapels, I saw this text on an inscription on the ceiling. As a choral singer for most of my schooling life, I was highly inspired to write my core composition with the first half of the text, influenced by liturgical music through the centuries with characteristics from music of the last 25 years.’

Here is the text for Mariahna’s work:

Remember, Jesus,
I am the cause of the way:
Lest thou lose me in that day.

Death is struck, and when it shall be
Astonished, the nature of the creation
Rises again to answer the Judge.

Mariahna was the College Music Committee Captain in 2020, received several academic prizes for music as well as the Richard Gill AO Music Award for Senior Years and performed in the Chamber Choir, Chamber Orchestra, College Choir and Symphony Orchestra.