Leadership for a new generation 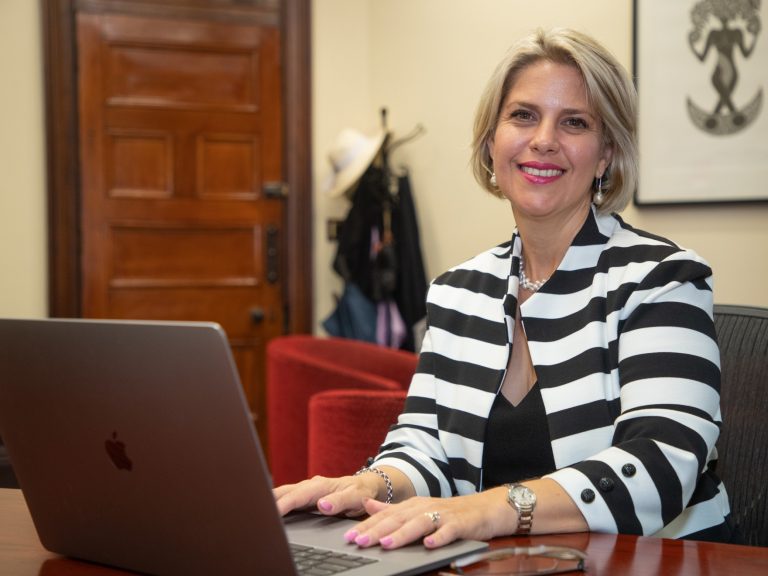 For the first time in my life, I am hearing leaders talked about with respect more often than not. And for the first time in my life, many of the leaders being hailed as heroes are female politicians. We do tremendous work in girls’ schools to run leadership programs to encourage our young women to pursue leadership opportunities. We tell them there are many ways to be a leader, and we refer to all the leadership jargon as we then deliver the rule book on what a good leader says and does to have impact and influence.

The reality has been though, that for young women looking on – leadership, especially political leadership, hasn’t really had much to recommend itself either. And then in walks Jacinda Ardern and all of a sudden the rule book on how to be a leader is rewritten. Here we have a woman who is relatively young, leading with empathy and compassion – characteristically female traits that might suggest a soft approach – but coupled with firm and consistent decision making, and being available to talk to people rather than at people; she may well be more powerful in drawing women to leadership roles than anyone before.

No one wants to live their lives under constant attack, and sadly that is what we have offered young women before now. Our own first female Prime Minister, Julia Gillard, gave aspiring female leaders a lesson in resilience, she stayed strong in the face of the most ugly criticism and the most hideous commentary. Now out of the political arena, Gillard seems to be offering us more of her herself in her role at Beyond Blue. We are seeing more of her compassion and sense of humour, both of which were suppressed while she had to constantly defend herself as Prime Minister.

Ardern does her job as if she genuinely loves what she does, she doesn’t get angry, she isn’t aggressive and she smiles, a lot! She gives us an insight into who she is as a human rather than pretending to be something she is not. During COVID-19 isolation her intimate conversations with millions of people through social media have invited us into her home from where she has delivered complex and difficult news in a matter of fact and clear manner. During her time as PM, she has shown her strength in leading her country through a terrorist attack and mass shooting, a volcanic eruption which killed many people and now a global pandemic all while becoming a first time mother. She has credibility and humility stating she has done what many women do, have a baby while holding down a job. I don’t look at Ardern and think, who’d be a politician, she inspires me to want to be a more compassionate and empathetic leader, she inspires me to want to be better for others and to put their needs first. For the first time in my life, I see a woman in leadership who doesn’t tell women they need to be someone they are not to be a successful leader. Perhaps  COVID-19’s unexpected gift is that it has brought women’s leadership to the forefront in a positive new light for our young people, both boys and girls.

Ardern is a leader for a new generation. In her example we can show our girls that compassion and strength can work together; that being a mother and a Prime Minister is possible. She is the kind of leader we want our young women to emulate, a woman who is ambitious for a better world rather than ambitious for herself.