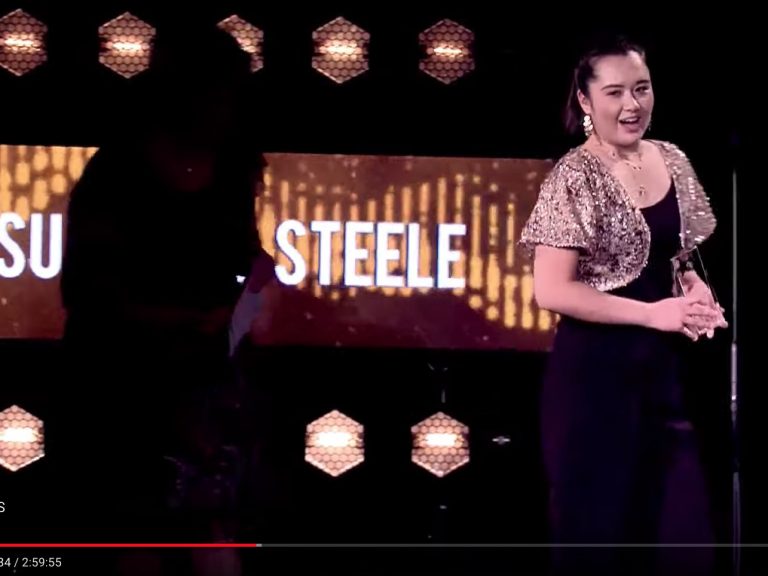 Bond University had flown Suzanna and others in the winners’ circle to Brisbane for the presentations. Taking to the stage three times, Suzanna thanked her teachers, especially Sally Dewar and Brian Walker, for their encouragement and guidance in her creation of a passionate and visionary film. Suzanna noted that awards for experimental films are rare and that the awards from BUFTA were a fantastic opportunity for her.

Santa Sabina is proud to be helping the next generation of magnificent Australian cinematographers.

The BUFTA awards ceremony was live-streamed and can be viewed here. You can also watch Suzanna’s film, Voir Le Voir, but due to certain effects viewer discretion is advised.