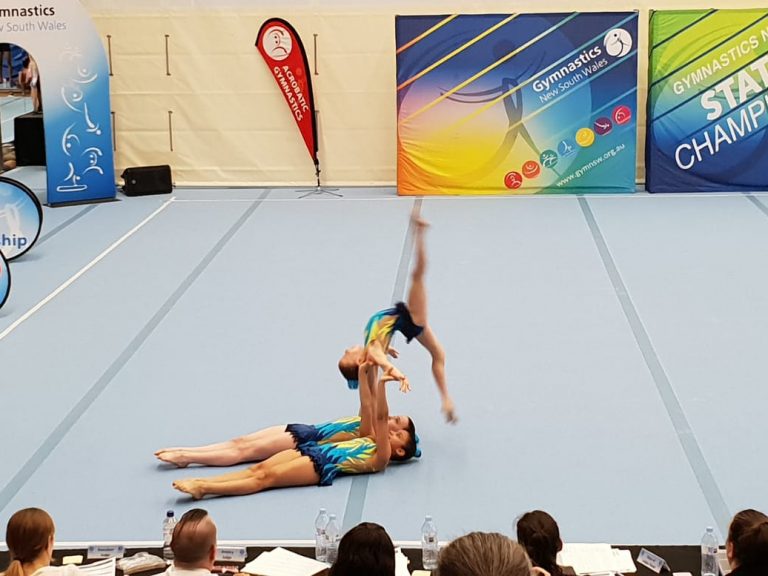 It is India Matheson’s first year of acrobatics after leaving the Artistic Gymnastics International development program.
India, who is in Year 3,  is now training in Acrobatics international development program and trains 21 hours a week – every afternoon – and six hours on Saturdays and has Sundays off. She is training with a goal to compete in the world championships in 2022.
In September 2019 India and her trio competed in the State championships and received the Gold medal. They gained first place in both dynamic and balance routines and placed first overall making them the State champions.
Later in September India and her trio competed on the Gold Coast for National clubs. They received Bronze, coming third overall, which was an awesome achievement considering the number of clubs competing from all over Australia.
We congratulate India on her achievements thus far and wish her the best in her pursuit of the World Championships in 2022.