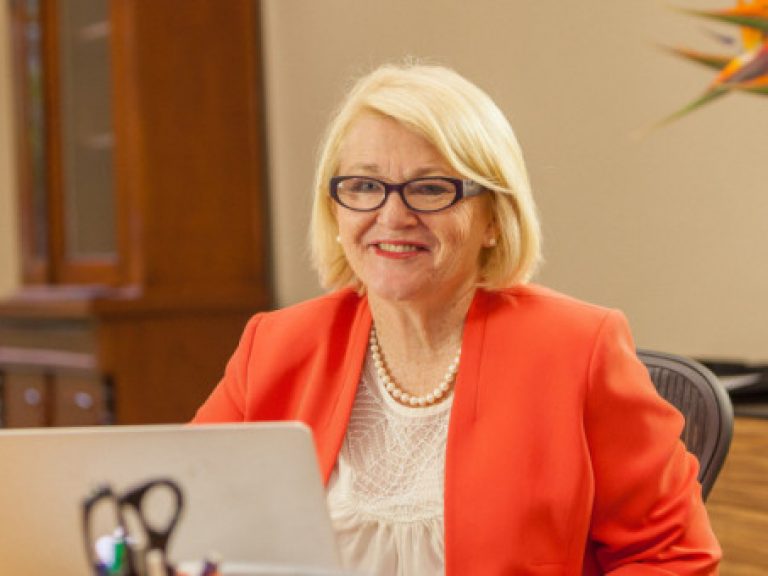 My recent Enrichment Leave period allowed me to connect for the first time with Dominican schools in the United States, as well as to reconnect with Santa Sabina alumnae living and working in New York. Some of these ex-students are ones whom I have very fond memories of teaching in the late 1990s, and others had graduated prior to then. But they are all exceptionally successful in a variety of professions including law, finance, business and humanitarian work. In the words of one of the women, Anne-Marie Wilcock, ‘It’s great to reconnect with the Santa community and remember where we came from, and the values that shaped us’. The values that continue to resonate for them are about social justice, and about independence and confidence for women.

Such values were clearly evident in the two Dominican schools that I visited. Dominican Academy (DA) New York, is led by Sister Margaret Ormond OP, former leader of Dominican Sisters International, and a graduate of DA. The school is located on the Upper East side of New York in a former mansion that was bequeathed to education, and which the Dominican Sisters subsequently purchased. It is very interesting observing how such an unusual setting for a school is used. While there is no outdoor space as such – except for the roof – the students use New York city as an extension of their school. For example, they have a partnership with the Frick Museum which is close by, as well as hosting art classes at the Metropolitan Museum of Modern Art. Senior students had just returned from an immersion to Zambia while I was there and they are very keen to meet with our girls who have been on immersion in South Africa. So one of the connections we’ll make is around those ‘beyond the classroom’ experiences, particularly those related to social justice and service. Despite the time differences, we will use technology to connect.

My experience at Flintridge Sacred Heart Academy in Pasadena, LA, was a very joyous and positive one. I observed classes, attended staff meetings, joined the Sisters for prayer in the mornings, attended Mass at Cathedral of Our Lady of the Angels in LA, as well as met with parents, students and Principals of two neighbouring girls’ schools. While the American system of education is very different from our own, the Dominican charism was alive, and resonant with our own College Mission. The Flintridge students had just finished celebrating ‘Veritas Week’ by focusing on one of the Dominican Pillars of ‘Community, Prayer, Study and Service’ each day. I was able to share our 800 Year video of the Dominican story, as well as ‘SSC for Refugees’ video. Flintridge is also a leading volleyball school so they were delighted to hear of our own volleyball successes. The possibilities for growing connections with Flintridge might be through student exchange, as well as shared learning projects. I look forward to sharing these stories with our students, and further exploring our wider Dominican family.

The issue of school funding has been a very hot topic in the media recently, particularly with the publication of independent and Catholic schools identified as ‘over funded’. You will notice that Santa Sabina College has not appeared on any such lists. In response to the media stories, and as part of our ongoing pursuit of fair funding, the Chair of the College Board, Mr Tony Woods, writes:

Federal Government funding of independent schools is a regular news story. Recently it has taken a new direction when the Federal Minister for Education, Senator Simon Birmingham, confirmed something that we have known for over a decade, that there are many schools that are significantly over funded compared to the governments funding formula.

Santa Sabina has not been seen in any of the news items because we are funded in accordance with the government funding formula.

As one of only 5 NSW independent Catholic schools that is not categorised as “funding maintained”, which results in those schools maintaining their old above formula funding status plus annual percentage increases, we have lobbied successive Federal governments and opposition, the Education Department and the Gonski review to bring this excess funding to an end. We have always asked for equitable treatment of all independent schools by applying the formula to all. The continuation of the excesses that have been seen in the news has significantly disadvantaged the students and families of Santa Sabina and of the other schools funded in accordance with the formula.

We will be contacting the Minister’s office to support the publication of this funding distortion and seeking urgent action to implement a process to quickly bring all schools back in line with the formula.

On other matters, we continue to pray for our HSC students through this examination period, and wish them all the very best in their endeavours. We also pray for the St Lucy’s community following the tragic events involving one of their families. Students from the Santa Sabina College choir will be singing at the funeral service to be held at St Lucy’s next Monday.

“God is our refuge and strength, an ever-present help in trouble.” Psalm 46:1