Shooting for Australia – linking the concert stage with the basketball court 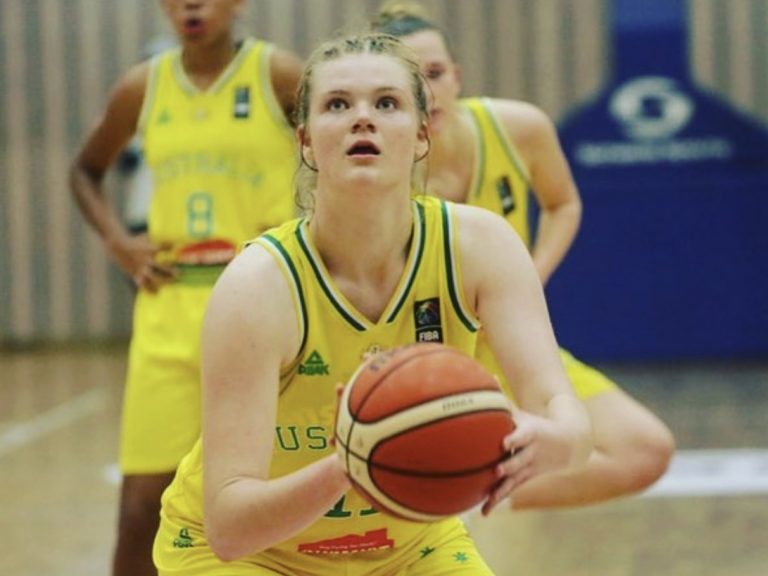 Alana Goodchild of Year 10 is the super Santa Sabina student who shows that sport and music – at high standard – can create an interesting case of symbiosis.

Alana has recently been selected to play basketball for Australia in the FIBA Under-16 Asia Championships. Although the timing and venue for the Championships are yet to be announced rumour has it that Tokyo will be the place and later this year will be the time.

Training at least two hours each day and ready for the championship at a moment’s notice, Alana has already represented Australia in the Under 15s in PNG last year, as well as playing in five state teams.

A gifted all-rounder, Alana also plays the tuba in the Santa Sabina Symphony Orchestra and Brass Ensemble and sings in the College Choir and the College Chamber Choir. She is one of the College’s two Music Committee Captains.

Coming from a musical family, Alana surprised her parents with her early passion for sport but also credits them for their immense support of her early morning starts and far-flung competition venues.

Her father, Paul Goodchild, is the Associate Principal Trumpet in the Sydney Symphony Orchestra and her mother, a former viola player also in the SSO, works in music administration at the University of NSW.

‘Music and sport usually clash but I’m passionate about both and want to keep going with both’.

When Alana finishes school she has her sights set on a basketball scholarship at an American college – perhaps Stanford – but also would like a career as a special education teacher.

‘When I was young I had friends who had mental and physical health issues who didn’t have the care they needed at school’, she says.

‘I’ve never forgotten it and I want to help children like them in the future’.

A true Renaissance woman – an athlete, a musician and a humanitarian – and a role model for all Santa students.